An Introduction to the Folklore, Music and Spirituality of the People Along the Las Piedras

When people think of the Amazon Rainforest the first country that comes into mind is Brazil, and not Perú. Surprisingly, 60% of Perú is covered by the Amazon Rainforest. Perú has the second largest portion of the Amazon following Brazil. Within the Peruvian Amazon there is a lesser known area, Madre De Dios that houses the Las Piedras River. This video series will be exploring the cultures surrounding the Las Piedras River.

Who are we?
We are a group of students from McDaniel College in Westminster, Maryland USA. We participated in a class titled The Forest Online, which brought individuals from different disciplines together to gain a better understanding of environmental issues and conservation. The class was divided into groups; our group focused on the cultures surrounding the Las Piedras River. There were three places that we focused on in the videos: Boca Pariamanu, LPAC (Las Piedras Amazon Center), and Lucerna. We interviewed the indigenous group in Boca Pariamanu, workers at LPAC, and the residents in Lucerna. Focusing primarily on folklore, music and spirituality, we listened to stories from a variety of people. By exploring these cultures, we embody the spirt of conservation because if these areas are not protected, not only will the land and animals be lost, the culture of the region will be lost too.

Stories of the Forest

When discussing stories of the forest it was difficult to get people to talk about creatures other than the Chullachaqui. But when they did, the stories were rich in detail and wonderful. One of these stories was from Samuel from Puerto Nuevo. He told us about the story of why the Powcow birds are not hunted. 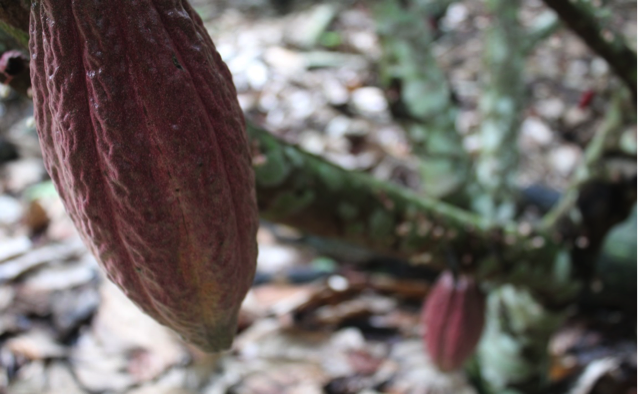 Long ago there lived two brothers. One of the brothers had a wife which made the other very envious of him. One day the two brothers went hunting. The brother with the wife had to climb a high tree and asked his brother to steady the ladder. When he reached the top of the tree his brother took away the ladder, and stranded him there to steal his wife.

While stuck in the tree a bird appeared to him and offered his daughter. The bird’s daughter turned into a beautiful woman and they were granted powers. They went to his brother’s house to seek revenge for his wrongdoing. “Why did you leave me brother?” he said angrily. He handed his brother and former wife a fruit that made them hallucinate. Then they were swarmed by cicadas and leeches, and died. The man and his bird bride grew wings and flew off together.

The name of this creature strikes fear in the heart of locals. This creature lives in the forest and takes the form of your loved ones to lure them into the depths of the forest, to never be seen again. This creature is called the Chullachaqui. Although every person had a unique story about him, there were common themes throughout all of the tales.

The Chullachaqui is a forest demon that lures individuals into the forest where they will be lost forever. We were given multiple descriptions of the creature. He could shapeshift from a half man creature into the form of a familiar person. Often the Chullachaqui has a weak or backwards left leg. He hides this deformity when disguised as a loved one in order to lure unsuspecting victims.

The Chullachaqui works in mysterious ways. Sometimes it calls children pretending to be their friends or family. He takes advantage of individuals lost in the forest and leads them off the path to possess them. After possessing the person, only a Shaman can lift the hold that the Chullachaqui has placed on the individual. Some say that he gets upset when a person takes too much from the forest, so it is important to be mindful of one’s relationship with the land.

It will also try to trick or manipulate groups of people by pretending to be someone in the group and luring them to their doom. Some individuals that we interviewed had personal experiences with the Chullachaqui, stating that children in their communities have been taken by him and have returned with altered personalities or have not been found at all. Due to this, people teach children to respect the forest and never go alone because no one knows when the Chullachaqui is waiting.

Also see: How to Tell If Your Bunkmate is the Chullachaqui  by Casey Kelahan

The Forest Online is in the news! And our 2020 digital stories from Peru's Las Piedras River are now online!! Learn more at: theforestonline.com. Thanks to all the amazing course participants and to all our friends and partners for making our 2020 field course in Peru such a special experience, especially you ARCAmazon, Boca Pariamanu, and Camino Verde!
Meet Jessie Titus! She is a Sophomore Environmental Studies major with specializations in biology and policy and a Sociology minor.
Meet Kathryn Dixon! A junior Environmental Studies major concentrating in Biology, with minors in Biology and Chemistry. While on our Amazonian adventure, Kat learned that banana plants are actually herbs! When asked about her most memorable moment she said “I will never forget when Jackie and I were showering next to each other and monkeys started approaching us. We started planning our escape tours together but luckily we didn’t have to use them” 🌱 #lpac #savetheamazon #madrededios #claylick
Meet Timothy Olson. He’s a sophomore majoring in Environmental Studies with a specification in biology. • “I learned how diverse our planet is, and how to properly learn about the wildlife around us.” • “This trip allowed us to see so many creatures that many would love to see in person. Creatures that humans can study and learn from. My favorite part of the trip was getting the ability to look out over the Amazon Rain forest and truly take in how much life I was able to be around. The major take away was learning to respect every creature that you see and to keep an eye out for amazing animals even within your own backyard.”
hey let’s talk...
Meet Molly Sherman an Economics & Environmental Studies with Bio Speciality majors, Writing minor
This is Jackie Fahrenholz. She’s a senior Environmental Studies major, and a Sociology Biology minor. She learned that “the Amazon Rainforest is one of the forests that focuses on protecting all parts of the forest, including the people that depend on it”. Her favorite part was interacting with the community and research team members while playing sports at LPAC and Boca #arcamazon #theforestonline @lpac_peru
This is Emma Findeisen. She is junior and an Environmental studies and History major. •This trip was truly the best thing that has ever happened to me. I have learned so much about the world and myself. ••”the forest wants to regrow and heal itself from the scars humans have left” #arcamazon #theforestonline @lpac_peru